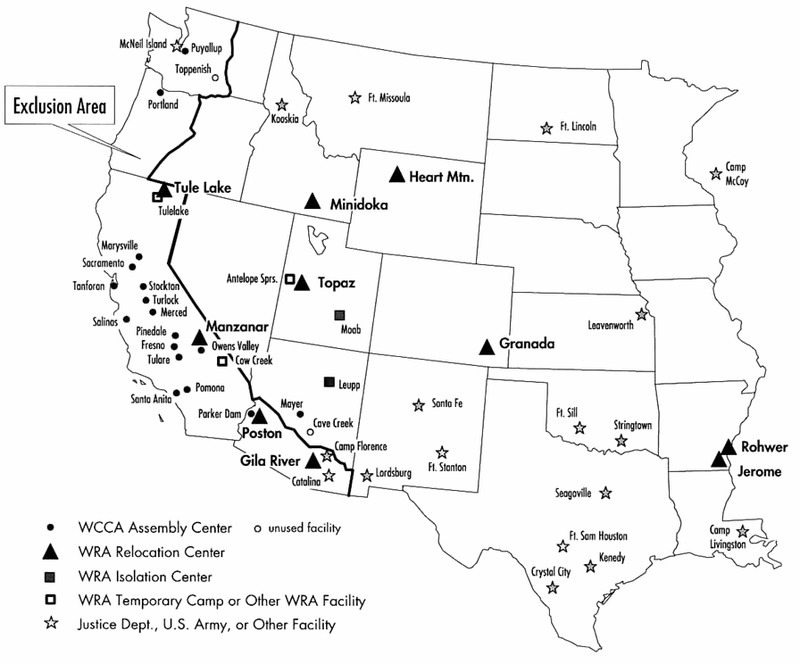 Eighty years ago, on February 19, 1940, President Franklin D. Roosevelt signed Executive Order 9066 ordering the removal of all Japanese Americans from the West Coast in reaction to the attack on Pearl Harbor on December 7, 1940 by Japan.  Over 120,000 Japanese Americans were required to sell or abandon their property within a few weeks and report to assembly centers before being taken to “relocation camps” in remote and desolate interior parts of the country.  The majority of the Japanese Americans sent to these incarceration centers (fenced in with barbed wire and guarded by armed guards) were American born citizens.

Like many undocumented immigrants today, these people were not charged with any crime but nonetheless lost their liberty involuntarily and were held against their will for the duration of World War II.  Although the experiences of individuals varied, for the most part, the racially-motivated trauma of the incarcerated left indelible and lasting scars that remain to this day.

It wasn’t until 1983 , under President Bill Clinton (50 years after the fact) that the U.S. government issued a formal apology and authorized a reparation check to every living Japanese American who had been incarcerated.  By then, many had already died. 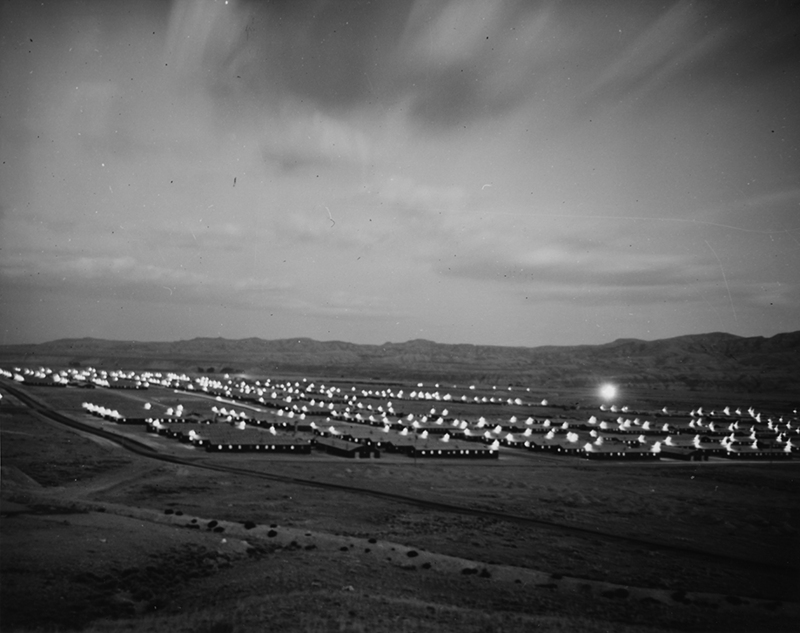 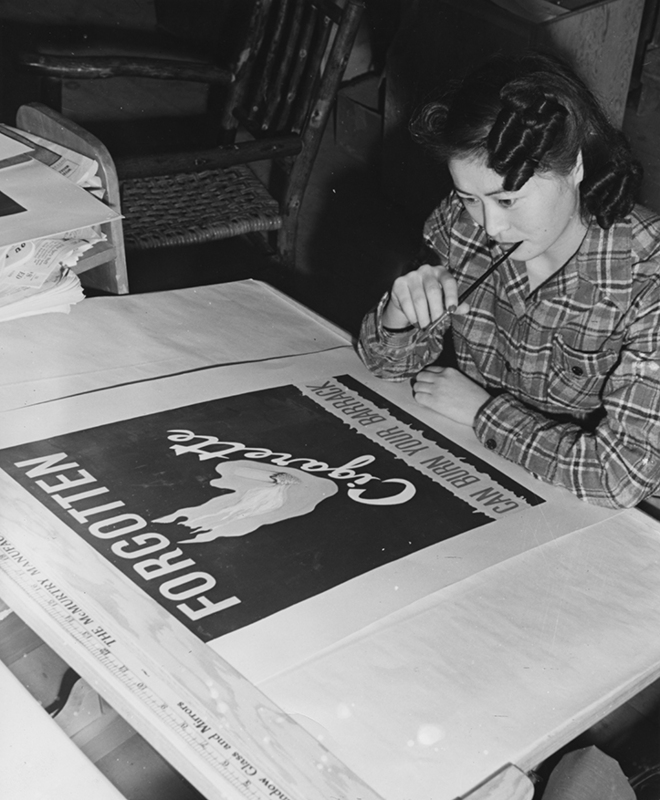 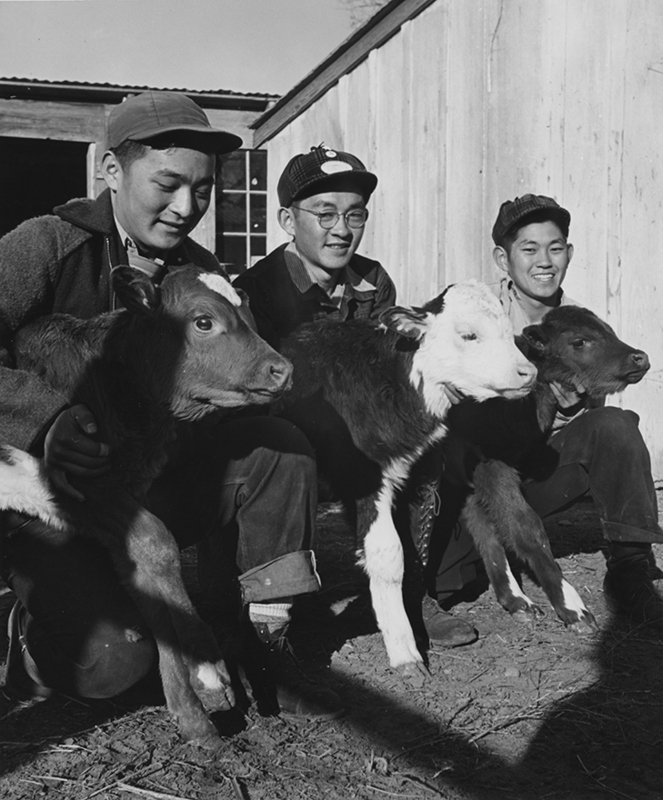 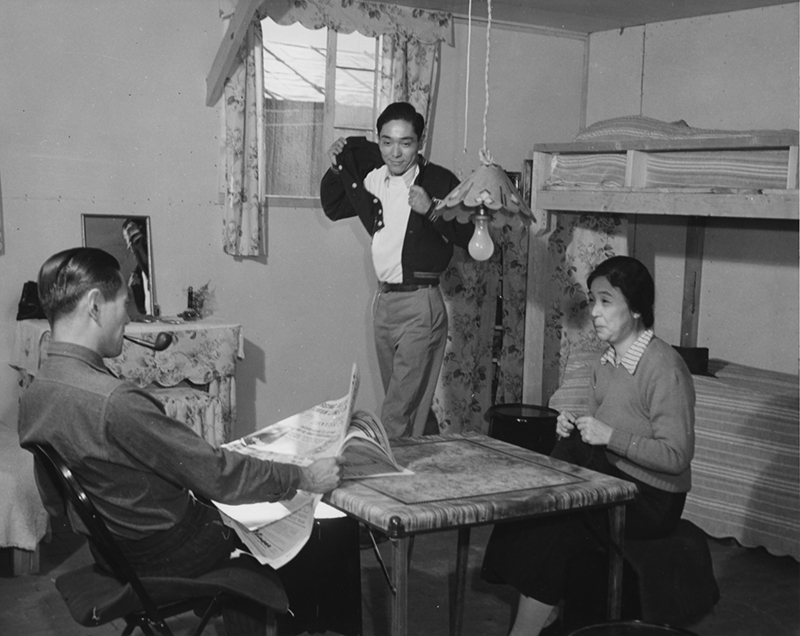 Minomiya family in their barracks room at Granada Relocation Center

The War Relocation Authority (WRA) was in charge of these centers and in addition to managing them, set out to document both the relocation process and life in the detention centers.  The WRA hired six photographers for this this task:  Thomas W. Parker, Francis L. Stewart, Charles E. Mace, Hikaru Iwasaki, Gretchen Van Tassel, and Takashi "Bud" Aoyama.

On this page are some of the photographs taken by some of these photographers.  The WRA also provided the captions that accompanied each photograph.  As you view each one, consider the purpose of both the image and the caption and ask yourself to what extent these are idealized images with a propagandistic agenda.  Are they spontaneous or staged?

For more information about the WRA photographs and photographers, see: the Densho Enyclopedia’s “Government Photography of the WRA Camps and Resettlement.”

You can access the finding aid to the full TOMO Foundation Collection here. 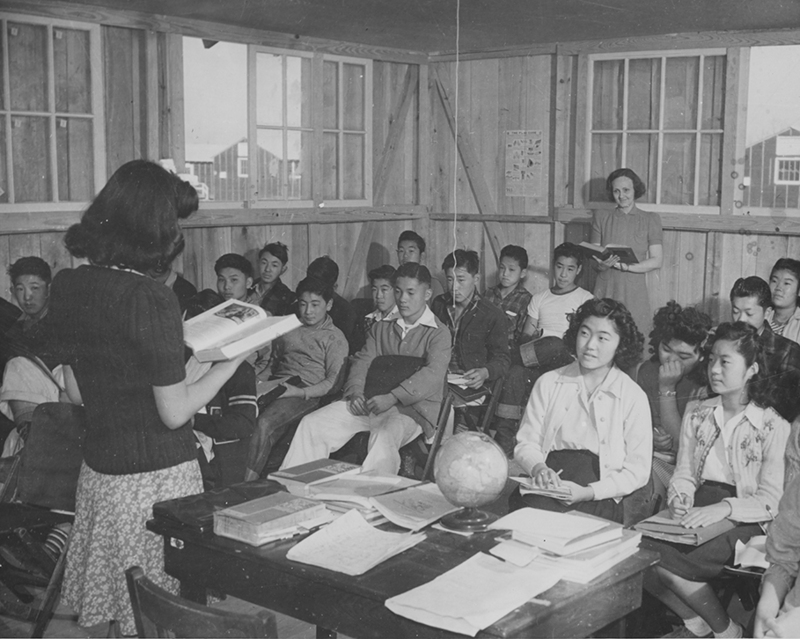 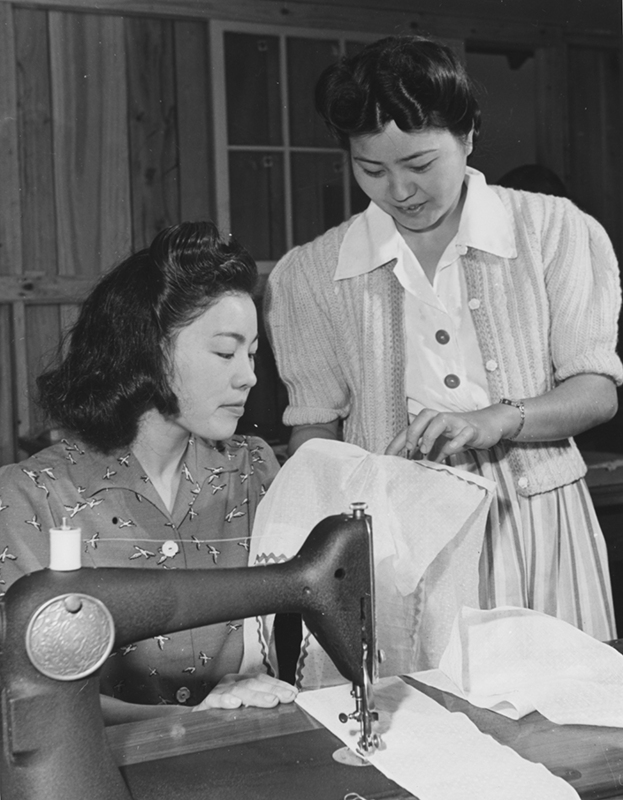 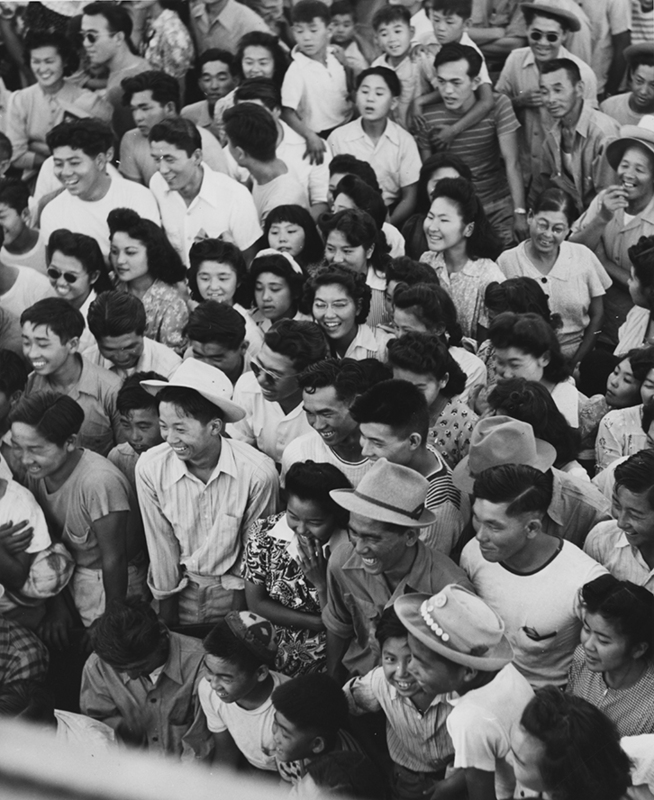 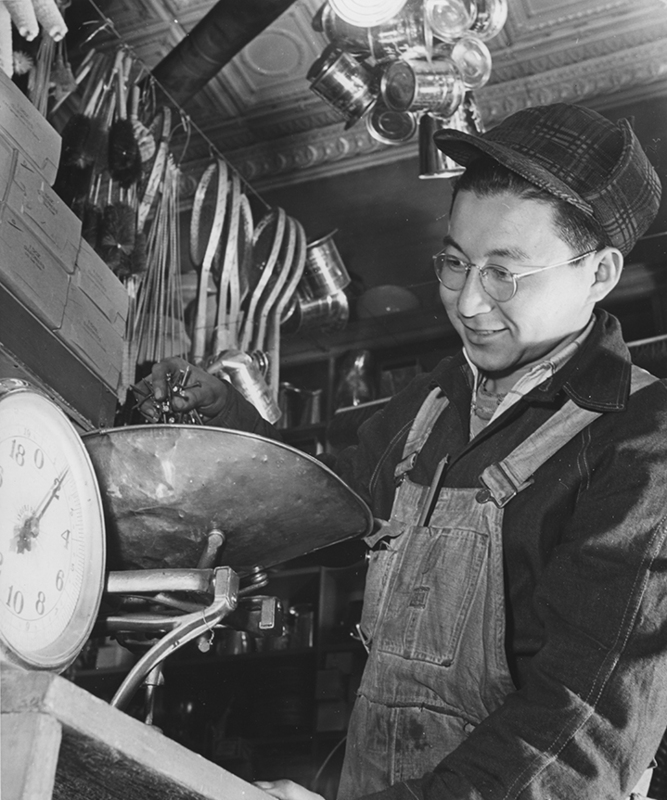 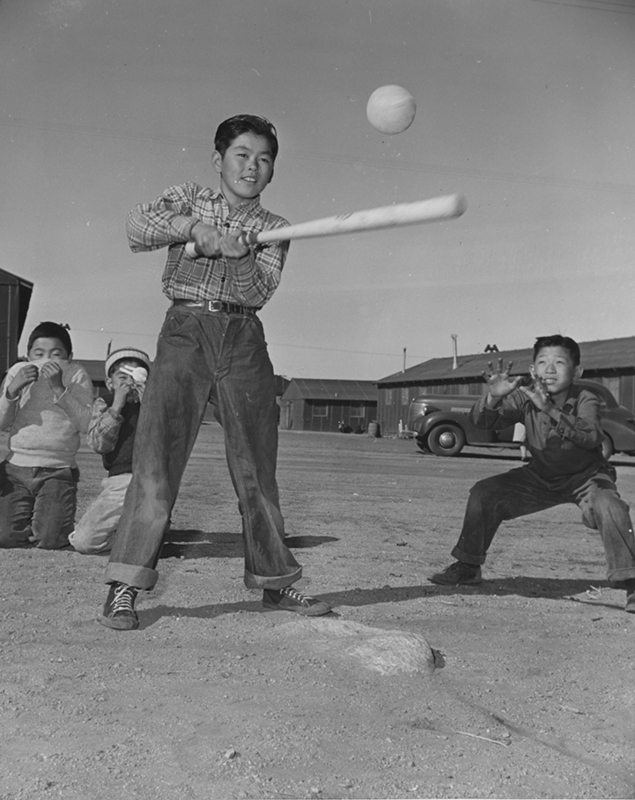 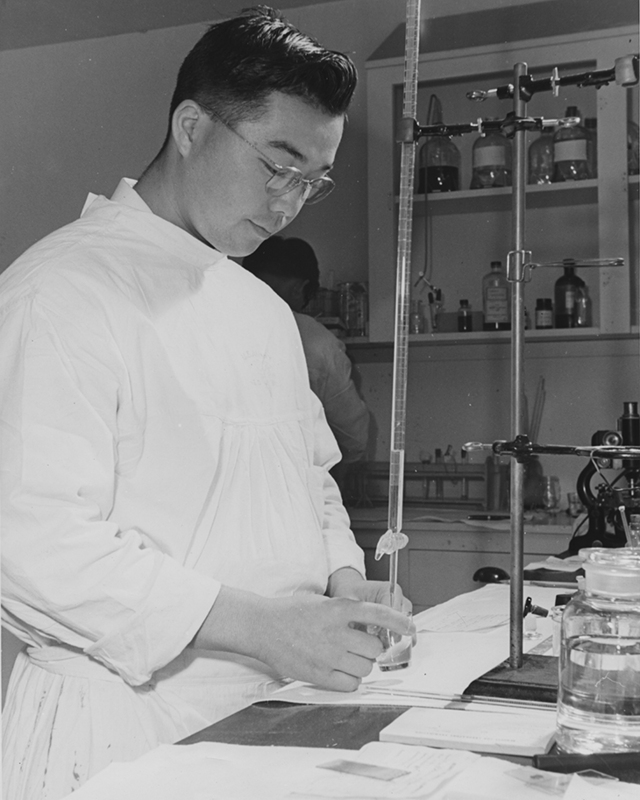